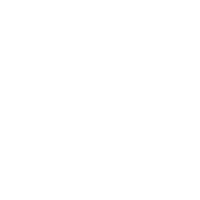 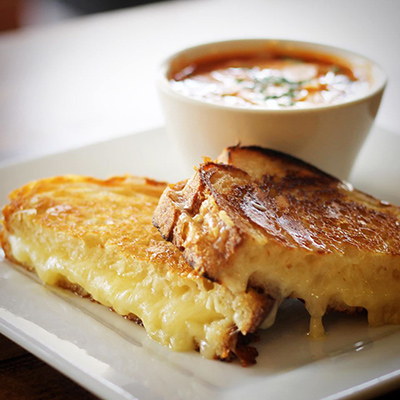 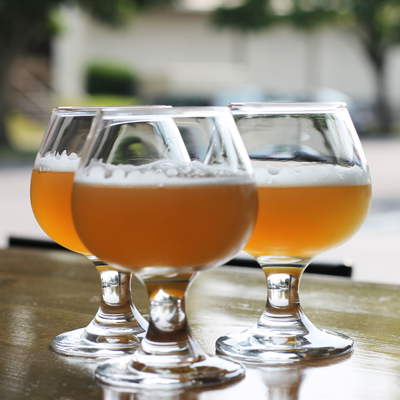 Select a photo for a larger version and more information

Our Oktoberfest celebration continues at The Bistro & Beer Garden today and Saturday. Stop by for some Zapfhahn Festbier - available on tap and in cans to go - and dine on one of our festival food specials:⁣
⁣
Savory Schnitzel with Mushroom Gravy, a fabulous Bratwurst Plate, and our famous Classic Beef Rouladen. For small bites, there’s Giant Pretzels with Beer Cheese & Mustard, and Currywurst with Truffle Fries.⁣
⁣
We'll also tap a special wooden barrel of Festbier this afternoon at 5pm.⁣
⁣
If you can’t make it to The Bistro & Beer Garden, there’s still Festbier on tap and in cans at The Tap Room & Brewery. ...

𝗢'𝘇𝗮𝗽𝗳𝘁 𝗶𝘀! (It is tapped!). Our annual Oktoberfest starts today at The Tap Room & Brewery. Festbier and German food, along with the mayoral barrel tapping and live music from the Bonnie Birch Bavarian Trio.⁣
⁣
The celebration continues at The Bistro & Beer Garden all day Friday and Saturday with German food specials, Zapfhahn Festbier, and a barrel tapping Friday afternoon at 5. ...

Our schedule and food menu for 𝗢𝗞𝗧𝗢𝗕𝗘𝗥𝗙𝗘𝗦𝗧 𝟮𝟬𝟮𝟮 is set.⁣
⁣
𝗧𝗵𝘂𝗿𝘀𝗱𝗮𝘆, 𝟵/𝟭𝟱, we kick things off at The Tap Room & Brewery with this year’s Zapfhahn Festbier on tap and in cans when we open at 3pm. Kent Mayor Dana Ralph taps the official wooden barrel at 5pm, followed immediately by live, German music from The Bonnie Birch Bavarian Trio.⁣
⁣
This year’s Tap Room & Brewery food menu features, for the first-time ever, *𝗟𝗜𝗩𝗘 𝗔𝗖𝗧𝗜𝗢𝗡 𝗕𝗥𝗔𝗧𝗪𝗨𝗥𝗦𝗧 𝗠𝗔𝗞𝗜𝗡𝗚!* Ken will be on hand with House-made sausage and a side of Chips or German Potato Salad.⁣
⁣
The Bistro & Beer Garden celebrates on 𝗙𝗿𝗶𝗱𝗮𝘆, 𝟵/𝟭𝟲 𝗮𝗻𝗱 𝗦𝗮𝘁𝘂𝗿𝗱𝗮𝘆, 𝟵/𝟭𝟳. Zapfhahn Festbier will be on tap and in cans at opening. Entrée specials this year include: Schnitzel with Mushroom Gravy, a Bratwurst Plate, and our famous Classic Beef Rouladen. For small bites, there’s Giant Pretzels with Beer Cheese & Mustard, and Currywurst with Truffle Fries. We’ll also tap a wooden barrel of Festbier at 5pm on Friday.⁣
⁣
Oktoberfest is one of our largest events of the year and is always a lot of fun. Come join us for one, two or even all three days.⁣
⁣
#drinklocal #craftbeer #wabeer #pnw #beerstagram #visitkent #oktoberfest ...

Our annual Oktoberfest celebration is less than a week away. We kick off things on Thursday, September 15 at The Tap Room & Brewery. Enjoy liters of Festbier, along with live music from The Bonnie Birch Bavarian Trio. Kent Mayor Dana Ralph taps the ceremonial barrel at 5pm, and our Thursday grill features a special festival menu.⁣
⁣
At The Bistro & Beer Garden, our famous German food specials will dazzle you starting Friday, September 16th and continuing the next day. We’ll also tap the wooden barrel of Festbier at 5pm on Friday in the beer garden. If you’ve dined with us during Oktoberfest before, you know how amazing the food is and how quickly it sells out.⁣
⁣
Looking forward to seeing all of you. Lederhosen and Dirndls encouraged if you’ve got them.⁣
⁣
#drinklocal #craftbeer #drinkwabeer #pnw #beerstagram #visitkent #oktoberfest ...

It’s a Nacho Party The Tap Room & Brewery this afternoon. The Thursday Grill returns with build-your-own nachos, featuring a choice of smoked brisket or pulled pork. $10 from 3pm until sellout.⁣
⁣
Next Week: A special Oktoberfest menu. ...

A slight change to our Tap Room & Brewery hours, effective this week: We're now open an hour earlier on Fridays. ...

It’s build-your-own burger night at The Tap Room & Brewery. Ken is serving up the famous Kyle Burger with your choice of toppings. Cheese & Bacon comes with it and you can add: Avocado, caramelized onions, jalapeno, pickles, BBQ sauce, lettuce and tomato.⁣
⁣
Only $10, starting at 3pm until sell out. ...

Oktoberfest 2022 at Airways kicks off a little more than three weeks from now.⁣
⁣
Thursday, September 15, the celebration starts at The Tap Room & Brewery, with Festbier, food, and music. The Thursday grill will feature German-themed eats and, starting at 5pm, The Bonney Birch Bavarian Band returns for two hours of German beer drinking songs.⁣
⁣
Then, Friday & Saturday, September 16 & 17, famous German food specials are set to wow you again at The Bistro & Beer Garden in Downtown Kent.⁣
⁣
Get your lederhosen and dirndls ready, as it’s always a great time at one of our favorite events of the year.⁣
⁣
#drinklocal #craftbeer #wabeer #pnw #beerstagram #visitkent #oktoberfest ...

Launching Today: New Glenn Dry-Hopped Kölsch-Style Ale.⁣
⁣
Several weeks back, a group of friends who work on the New Glenn rocket program down at Blue Origin hung out with us to help brew our latest aerospace-themed creation. New Glenn is a light, crisp, flavorful cross between a lager and an ale - the best of both worlds.⁣
⁣
Available today on draft at both locations and in 4-packs.⁣
⁣
We also have fresh cans of Jumbo Juice at both places as well.⁣
⁣
#drinklocal #craftbeer #wabeer #pnw #beerstagram #madeinkent #independentbeer ...

Now Serving: Berliner Weisse. As the weather warms, this tart, refreshing, low-alcohol wheat beer really hits the spot. Order as is, or with a shot of house-made raspberry syrup.⁣
⁣
Available on tap at both locations.⁣
⁣
#airwaysbrewing #craftbeer #drinkwabeer #pnw #beerstagram #visitkent ...

The sun's back out and our Thursday afternoon grill at The Tap Room & Brewery is on. Join us for Italian Grinders with Zesty Veggies - served with a bag of chips.⁣
⁣
Only $10, starting at 3pm until sell out. ...

⁣
On deck for today's Thursday afternoon grill at The Tap Room & Brewery on 212th St:⁣
⁣
Cheese Tortellini with Shrimp Skewers. Only $10, starting at 3pm until sell out. ...

Mug Club members, after a long trip from Germany, our custom steins are finally here and ready to be picked up at the Tap Room. We’ll have some available at the Bistro soon as well, after we finish getting everything unpacked and organized. ...

Tonight, we'll be out at @imbibebeer for our first brewer's night since January, 2020. Five beers on tap and giveaways every half hour, starting at 6p.⁣
⁣
With Ken & Alex out in Maple Valley, we're having a modified Thursday food offering at The Tap Room & Brewery. High on Tacos will start serving street style tacos using handmade corn tortillas and an authentic Mexican recipe green sauce at 5pm right at the brewery's back entrance. ...

On the docket today at The Tap Room & Brewery on 212th St ... Grilled marinated chicken skewers with charred heirloom tomato sauce on Farro salad with feta and olives.⁣
⁣
$10, starting at 3pm to sellout. ...

Tuesday hours are a thing again at The Tap Room & Brewery on 212th Street. Starting this week, all of your favorite beers are available Tuesday-Saturday afternoons. Join us for a fresh baked pretzel and a pint or half liter (or two) starting at 3pm (2pm on Saturdays).⁣
⁣
The Bistro & Beer Garden in Downtown Kent opens at 11am on weekdays and 10am Saturday’s & Sundays. ...

There’s no need to fly coach when you have your very own Luxury Jet.⁣
⁣
We originally brewed this as an all-Mosaic hopped version of Jumbo Juice. But, over time, it’s become it’s own special beer. Featuring pilsner and pale malts, along with flaked wheat and oats, along with tons of Mosaic hops on both the hot and cold side.⁣
⁣
On tap now at both locations.⁣
⁣
Also, note, if you’re coming downtown this weekend, it’s Kent Cornucopia Days, so keep that in mind when deciding where to park. ...